If there's one thing that's characterised 2014 for me, it's the realisation of how streaming affects my engagement with music. How much I get out of listening to music is only partly down to what I'm listening to – the rest is determined by the mood I'm in, what device I'm using to listen on, what kind of day I'm having, and what I'm doing at the time. Working in an office during the week, a lot of my music listening has been pretty passive, streaming stuff on Spotify while I do other things. My favourite albums have largely been those that really grabbed me while they were on in the background, so I had to save them for later to listen with focused attention, either on headphones during my commute or blasted in the car.

2014 has also been the year in which I've made a concerted effort to pay for more music. Streaming services like Spotify and SoundCloud are an incredible discovery tool, but it’s easy to forget that you can further support an artist you love by purchasing a download or CD via Bandcamp or at a bricks ’n’ mortar record store – if you can find one... 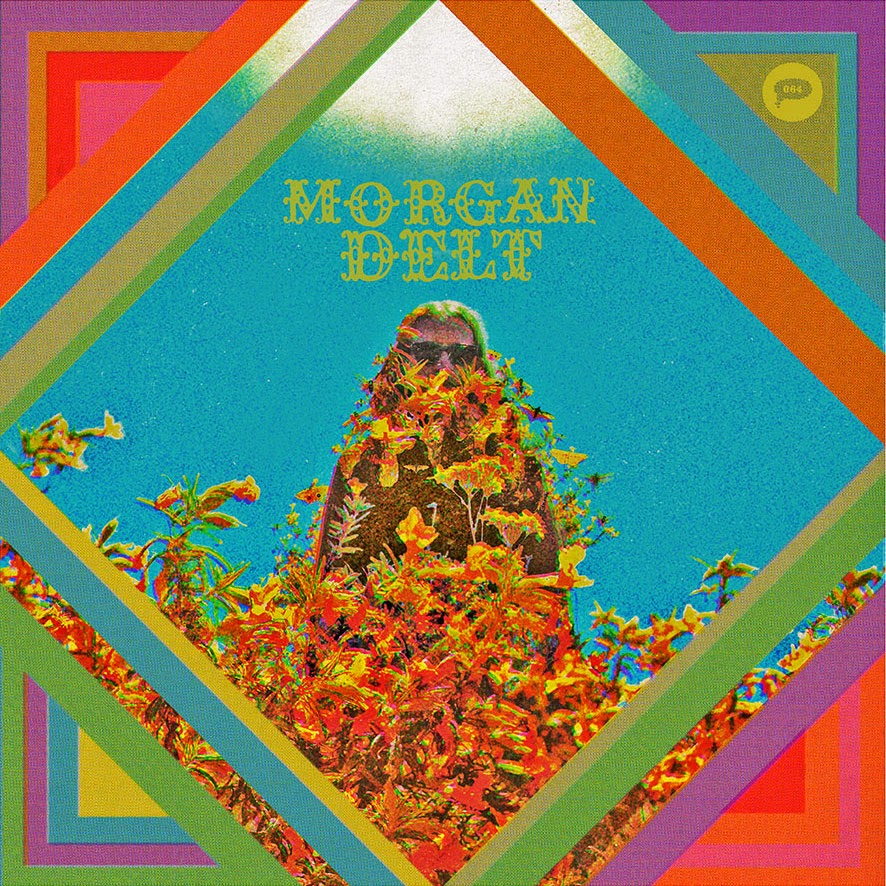 10. Morgan Delt – Morgan Delt (Trouble In Mind)
Although this album invites plenty of comparisons with classic psychedelic rock from the '60s and '70s, Morgan Delt doesn't remind me of any artist specifically, nor does it overemphasise any obvious production tricks to signify the psychedelic experience without actually embodying it. This magnificently warped half-hour is so deftly executed and full of memorable songs that it's almost too much. It wobbles and surges and oozes between your brain-fingers like chocolate. This is music to subject your consciousness to, and goosebumps are bound to follow. 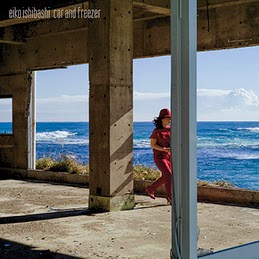 9. Eiko Ishibashi – Car and Freezer (Drag City)
The only reason I've even heard of Japanese musician Eiko Ishibashi is because this album prominently features the multi-talented Jim O'Rourke, one of my musical heroes, plus it's just been released on Drag City. With vocals in both Japanese and English (not that it's necessary to follow the words to appreciate its beauty), Car and Freezer is a lovely album of feather-light jazz-pop that will surely sate any O'Rourke enthusiasts waiting for a follow-up to The Visitor, or fans of bands such as The Sea and Cake. And if you like this, its predecessor, Imitation of Life, is superb too. 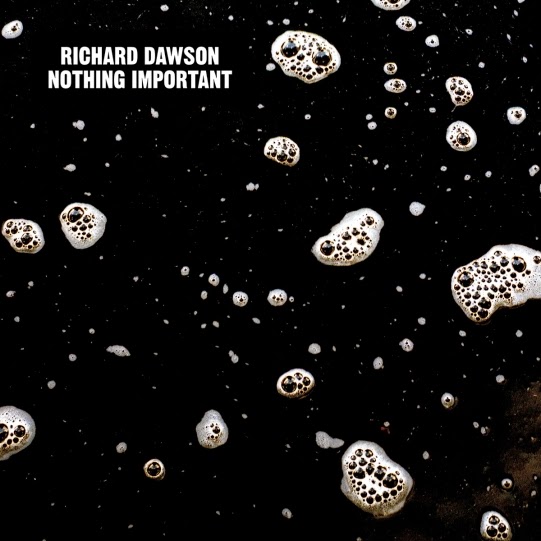 8. Richard Dawson – Nothing Important (Weird World)
I have an old friend to thank for introducing me to the wonders of Richard Dawson. Lyrics are more likely to turn me off a record than draw me to it, but in the case of Nothing Important's two vocal tracks, these are some of the funniest sung lines I've ever heard. Pair them with Dawson's overdriven acoustic guitar and it's truly something special – and the perfect antidote to over-earnest singer-songwriters. His guitar playing may be chaotic and astringent, but this whole album is infused with a warmth and humour that's infectious. 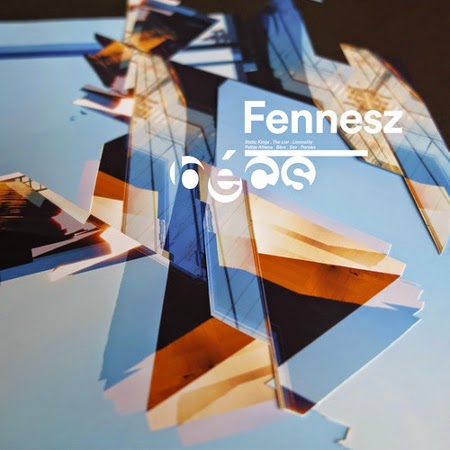 7. Fennesz – Bécs (Editions Mego)
While most fans of Fennesz's music favour the seminal Endless Summer, I'll go out on a limb and assert that Bécs is his best album, containing his single best piece, the staggering 'Liminality'. From just a guitar and a laptop, Fennesz constructs mighty edifices of shimmering sound, from the gentle and reassuring to the terrifyingly dense and imposing. Unlike Ben Frost's A U R O R A, which was thrilling on first exposure and quickly palled, Bécs has an approachability and melodic nous that rewards repeat listens. 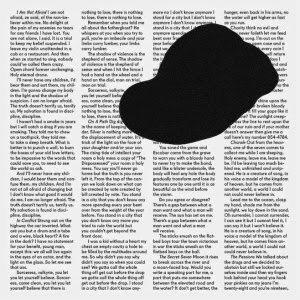 6. Owen Pallett – In Conflict (Domino)
In Conflict's appeal is immediate, its beauty obvious, but its motivations and through-lines feel like they’re just around the corner, dissolving into air or ducking into the shadows as you move thuggishly towards them. Pallett is a master at this stuff: melodies move in delicate arcs, lovingly coloured with brass and strings, his soft, supple voice reaching and harmonising with itself. Tracks flow together like water and the arrangements feel like natural, billowing things – part of the songs’ DNA rather than a later addition to make the music sound more epic and emotive. Rapturous stuff. 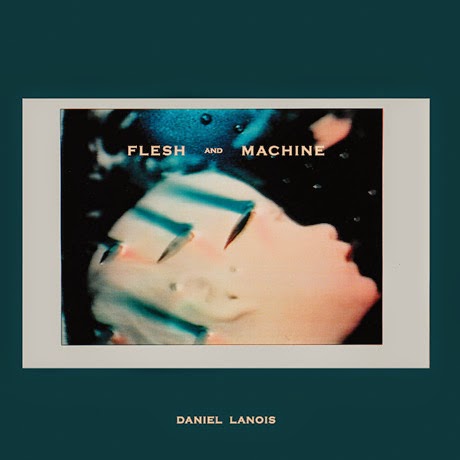 5. Daniel Lanois – Flesh and Machine (Anti)
Although perhaps best known for his collaborations with Brian Eno (yay) and U2 (boo), Daniel Lanois is a stunningly effective musician and producer in his own right, and this new instrumental collection plays to his strengths (dense overdubbing, hands-on mixing techniques, fearless sound manipulation). Veering from chaotic processed jams with drummer Brian Blade ('The End') to utterly gorgeous solo pedal steel ('Aquatic'), Flesh and Machine is a sensuous, immersive experience, abrim with kaleidoscopic textures. 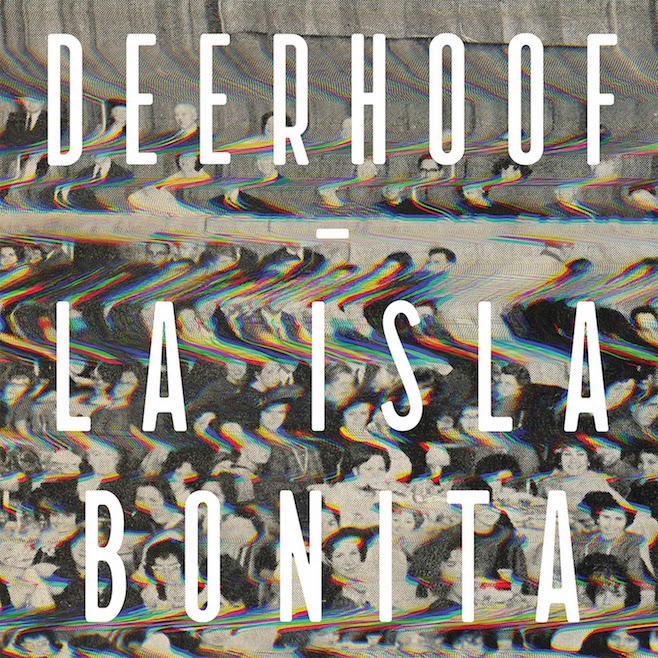 4. Deerhoof – La Isla Bonita (Polyvinyl)
The 10 songs on Deerhoof album number 12, recorded in guitarist Ed Rodriguez's basement, were originally intended as demos, but the band wisely decided to develop the rehearsal room recordings into final songs. If you've seen Deerhoof live, you'll know that their kinetic energy and instrumental interplay are a large part of their magic. The immediacy of these performances demonstrates that this approach has paid off dividends. This is easily among Deerhoof's best, and after the crushing disappointment of their last two full-lengths, a wonderful surprise. 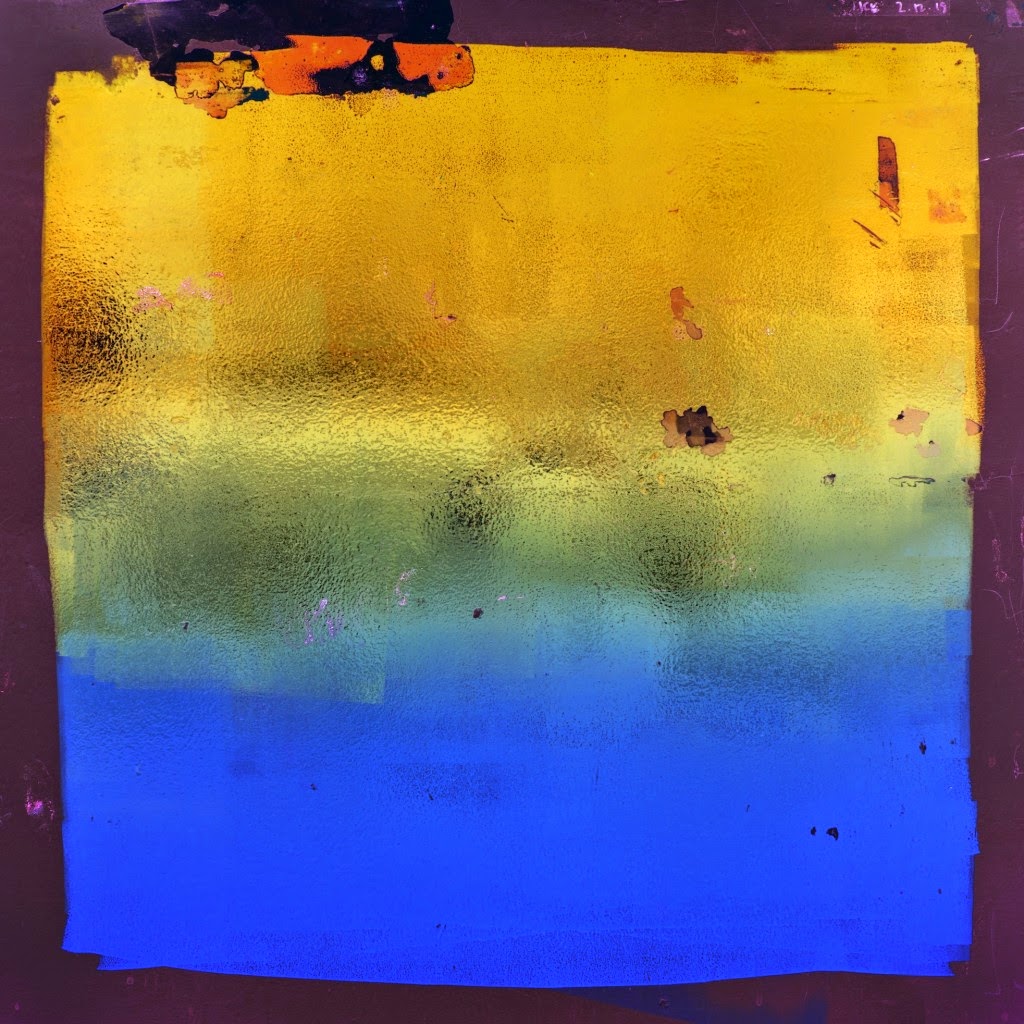 3. Ian William Craig – A Turn of Breath (Recital)
Despite sharing three tracks with his wonderful 2013 album A Forgetting Place, I can forgive Ian William Craig because A Turn of Breath is the perfection of his art thus far. With just his voice, old reel-to-reel tape machines and some occasional guitar, Craig conjures forth an awe-inspiring, heavenly sound, akin to angels singing through a broken radio. Listening to this transcendent album feels like witnessing something crushingly beautiful in the process of falling apart forever. Thankfully we can listen to that process again and again. 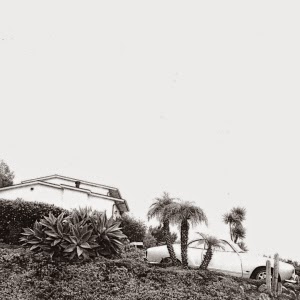 2. Timber Timbre – Hot Dreams (Arts & Crafts)
Their name may be clunky, but Timber Timbre's music is masterfully conceived and executed. On the cover of Hot Dreams, we see the twin icons of Western material success, the car and the house, in a palm tree-lined street in (perhaps) the Hollywood Hills. Yet against the bleached-white sky, these parched husks take on a tragic dimension. Therein lies the key theme of this record: promises of glamour and happiness glow like neon in a strip club, yet behind this facade is a loneliness and despondency that threatens to erupt into violence. 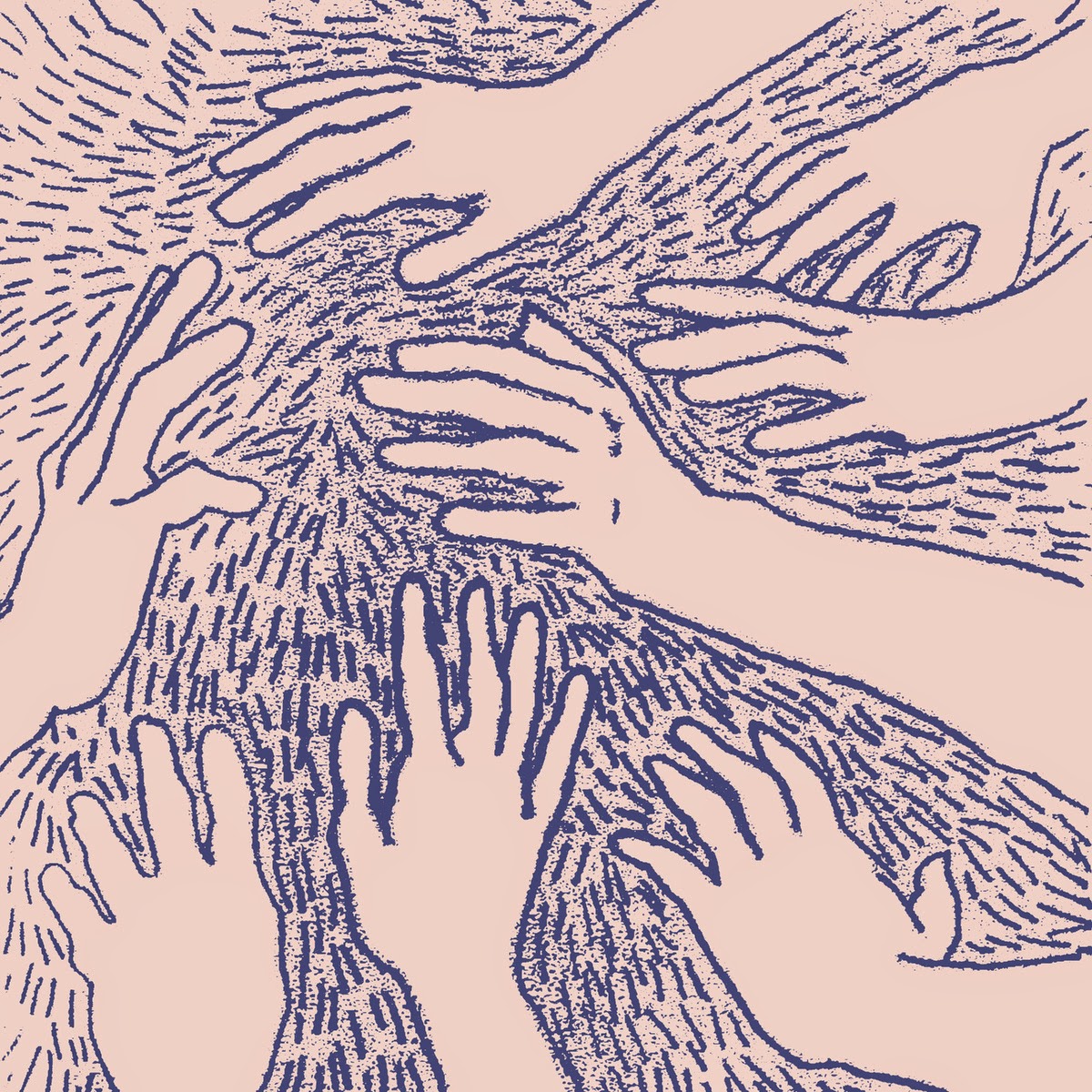 1. Adult Jazz – Gist Is (Spare Thought)
This debut album by Leeds-based quartet Adult Jazz is such a thing of rare beauty, that to try and parse its singular appeal feels overwhelming and unnecessary. Overwhelming in the sense that there's so much wonderful stuff going on here that it's difficult to know where to begin. Writing about the music feels redundant, in the sense that it feels meaningless next to the experience of actually listening to it. All I can really say is listen to this album, because it's deliriously beautiful, inspiring and addictive. When I first discovered it, I listened to it on repeat for two weeks straight.