In 2013 I vacillated between hungrily vacuuming up as much music as I could fit into my earholes via Spotify, and savouring those precious albums that stood up to repeat plays and spoke to me more vividly than the rest. These 10 I cherished the most. 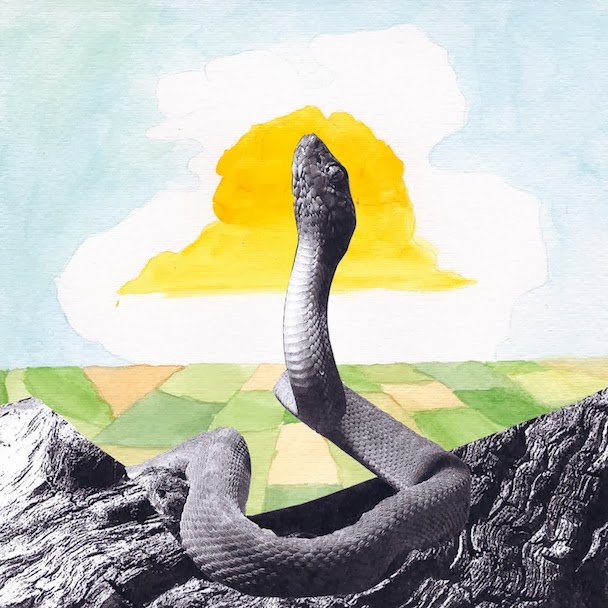 10. Woods – Bend Beyond
As Alex Griffin has so wisely scribed about Parquet Courts in his Top 10 of 2013 on LifeisNoise, it's good to hear bands playing guitars like they're actually enjoying themselves rather than inflicting their emotional suffering on you. Even though they're many albums deep, Woods still sound like they're having a blast, weaving vintage tones into melodic shapes for half an hour's worth of '60s-inspired guitar pop. Tunes in this genre are rarely as lovely as 'Cali in a Cup' or 'Size Meets the Sound', and though there's sadness and reflection here too ('It Ain't Easy', 'Something Surreal'), Woods never sound anything other than vital and inspired on this, their latest and best.
(Turns out this was released in September 2012. Doh.) 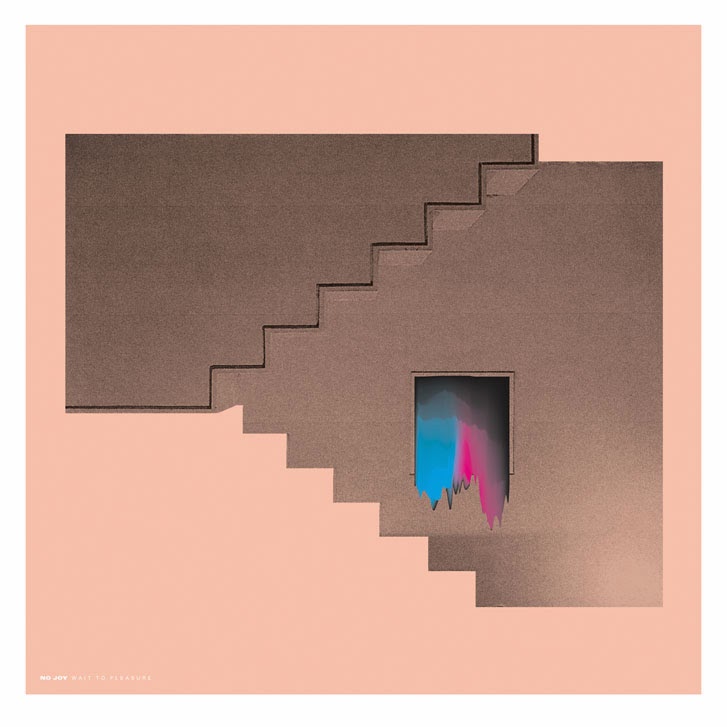 9. No Joy – Wait to Pleasure
The biggest event in the shoegazing calendar was obviously the return of MBV, but it was a trio from Montreal who dropped the best album of the genre. Despite the fact that most music labelled 'shoegaze' is tuneless rubbish put through a dozen effects pedals, and that No Joy shamelessly plunder prime Slowdive ('Uhy Youi Yoi') and Ride ('Lunar Phobia'), Wait to Pleasure still sounds magnificent. I put it down to canny songwriting and a keen ear for guitar density and dynamics. Few albums sound so mighty blasted in the car. Listen loud and listen good. 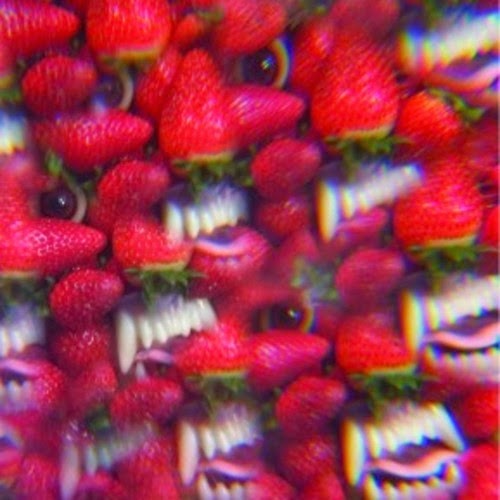 8. Thee Oh Sees – Floating Coffin
At the Drones-curated All Tomorrow's Parties festival in Melbourne, John Dwyer blew up a Fender Twin Reverb. If you know how loud a Twin Reverb goes, you'll know just how loud they were playing. (Thankfully it was in a big sports hall, so the echoing riffs had plenty of space to reverberate, and everyone in the audience emerged relatively unscathed.) Floating Coffin brilliantly conveys the sheer maniacal force of Thee Oh Sees' live show, while occasionally dialing back the chaos to employ fuzztones that sound like bassoons, chugging psych-rock expanses and mind-numbing stomps. These guys are so good at what they do, they can keep making the same album ad infinitum and I'll keep listening. 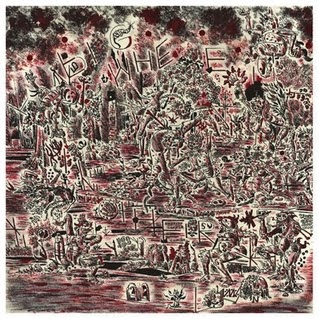 7. Cass McCombs – Big Wheel and Others
Cass is a ramblin' man, and on Big Wheel he rambles majestically across the American Dream, tongue in cheek, with the kinds of songs that send you back through your record collection to find where he's stolen the hooks from. He makes everything his own, of course, and what's more remarkable is how many highlights there are across the two discs. I never skip a track, but simply dive in and bask in the songcraft for a while before emerging refreshed. The bass work from Phish's Mike Gordon is inspired, too. 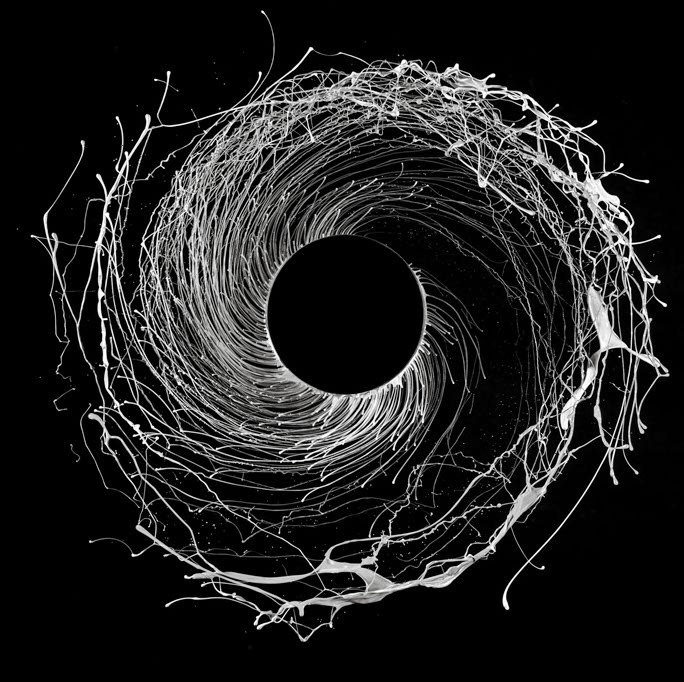 6. Dawn of Midi – Dysnomia
Despite the colossal volume of excellent music released during 2013, I've probably spent less on music this year than ever before. The fact that the musicians I stream via Spotify will only receive a measly scattering of cents irks me if I love the music. (Conversely, I'm happy to have not forked out $20 for a CD if an album I listen to via Spotify is shit.) In short, I owe Dawn of Midi the price of an album. I've listened to this album right through countless times, lapsing into a blissed-out state every time. Imagine The Necks playing minimal electro. The whole thing was scored in full and then recorded live in the studio, which blows my mind. 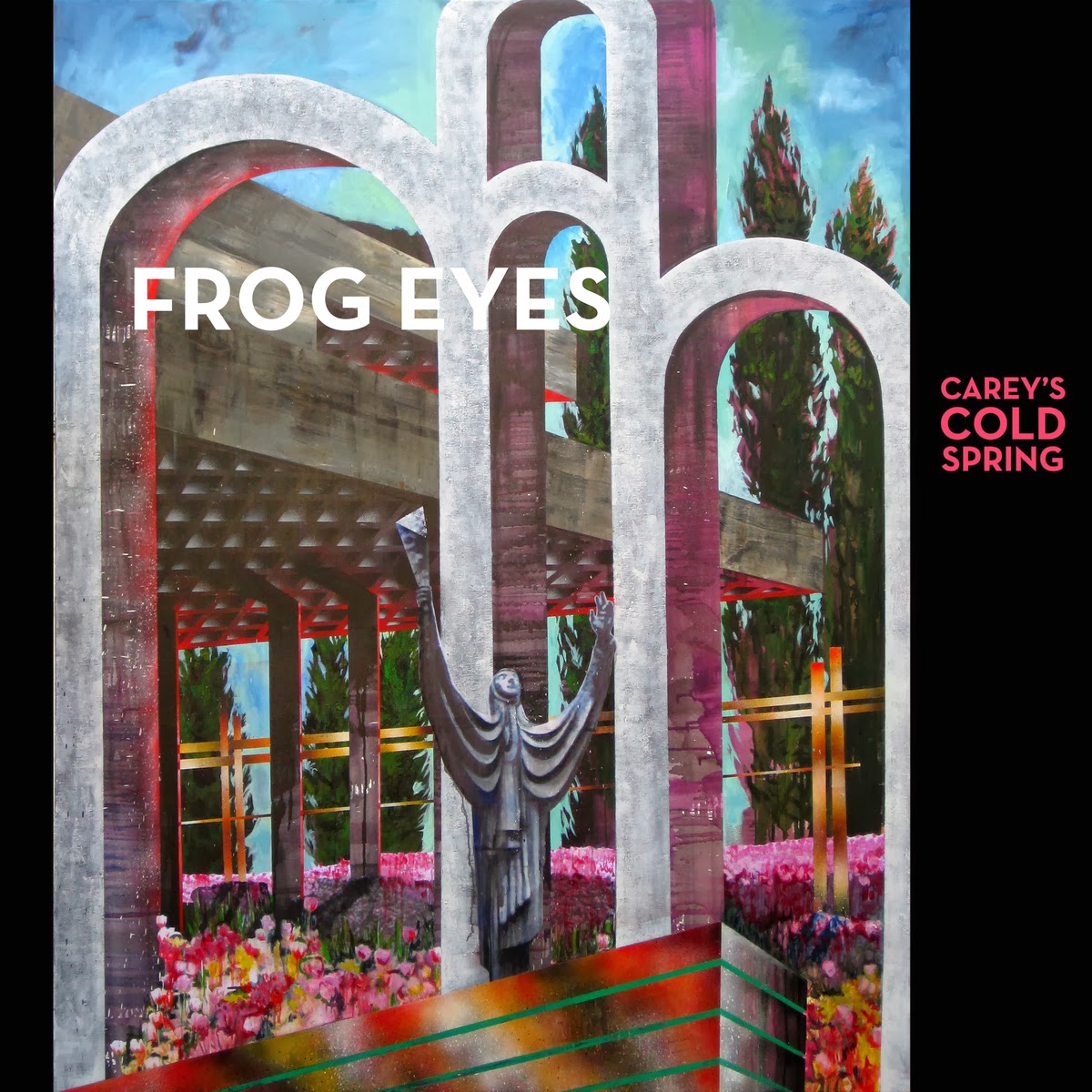 5. Frog Eyes – Carey's Cold Spring
I wish I could listen to Carey's Cold Spring without knowing that Carey Mercer's father died during the recording, or that Mercer received a diagnosis of throat cancer after the mixing was completed. Although this album is invested with the same emotional intensity that Mercer invests in all of his songwriting, it speaks of something more profound and universal than just pain and loss. Compared to previous Frog Eyes records, Mercer's vocals are less histrionic, the music's less fitful, the tempos are down. It's a slow-burner, a heart-melter, an elegant collection of songs that each take their turn to sit up and engage with you earnestly. 'Claxxon's Lament' in particular is devastating. 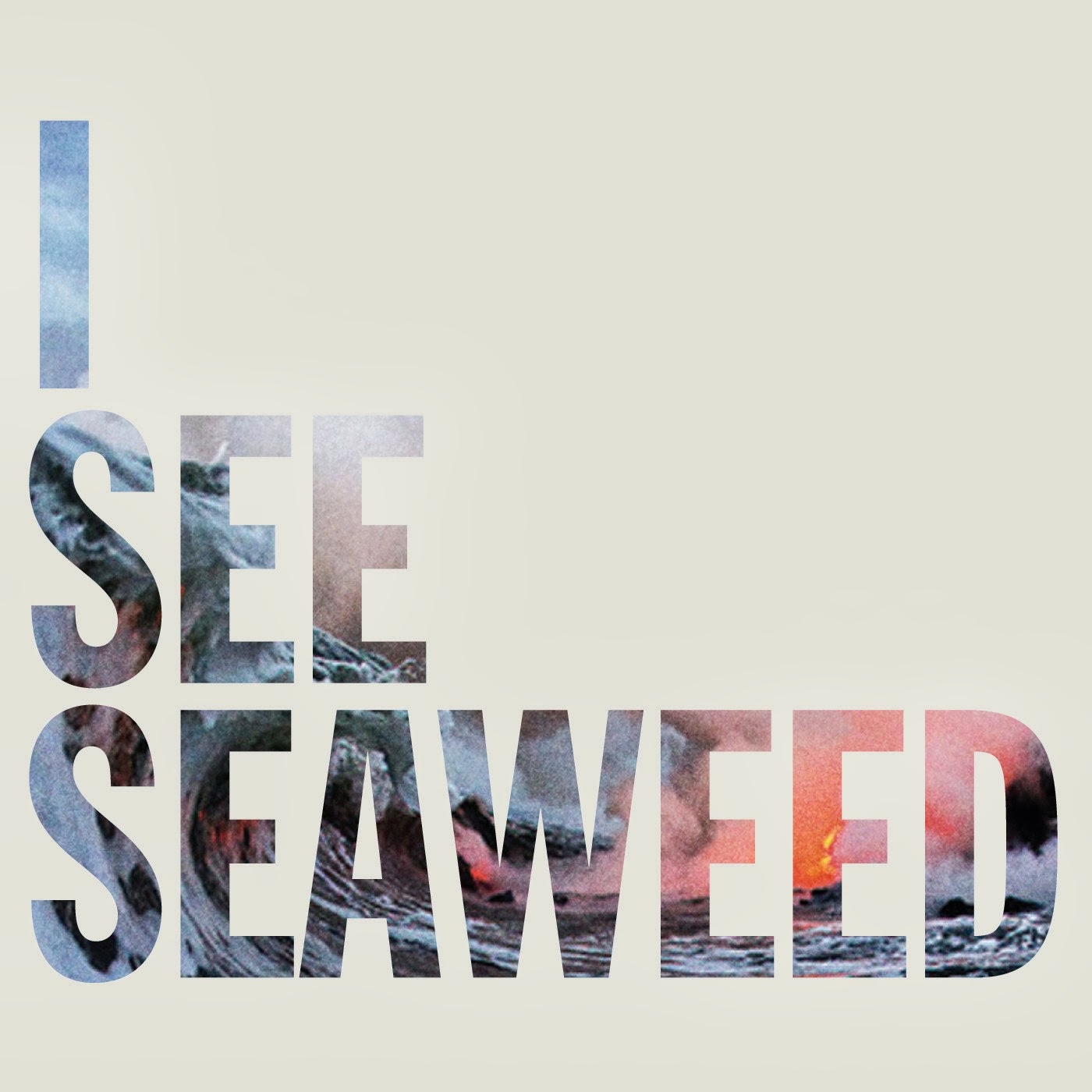 4. The Drones – I See Seaweed
The first time I heard the title track of the new Drones album I felt an unsettling mix of terror and awe. The Drones have finally found a way of conveying the disgust in Gareth Liddiard's polarising voice and the roving intelligence of his lyrics through their music. New member Steve Hesketh adds eerie instrumental colour on keys and Dan Luscombe's guitar playing goes head to head with Liddiard's six-string mangling for some truly incendiary noise-rock. Between the highlights of opener 'I See Seaweed' and gorgeous finale 'Why Write A Letter That You'll Never Send', the band spit bile, spray sweat and cast transformative magic throughout what may prove to be their definitive statement. 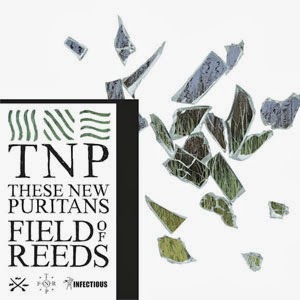 3. These New Puritans – Field of Reeds
Field of Reeds is an exercise in hammering down a nail so mercilessly, you have to hammer down everything else around it in order to approximate a veneer of perfection. It's a neurotically engineered machine, fine-tuned to within an inch of its life, but once it starts spinning like some sadist's zoetrope, turning slowly enough that you can inspect the composition of each frame, the ride is spinning just fast enough that you can't help but be mesmerised by its ghostly flow. (Let's hope the fact that producer Graham Sutton considers this to be the best album he's ever worked on will give him a kick up the arse to work on the next Bark Psychosis album.) 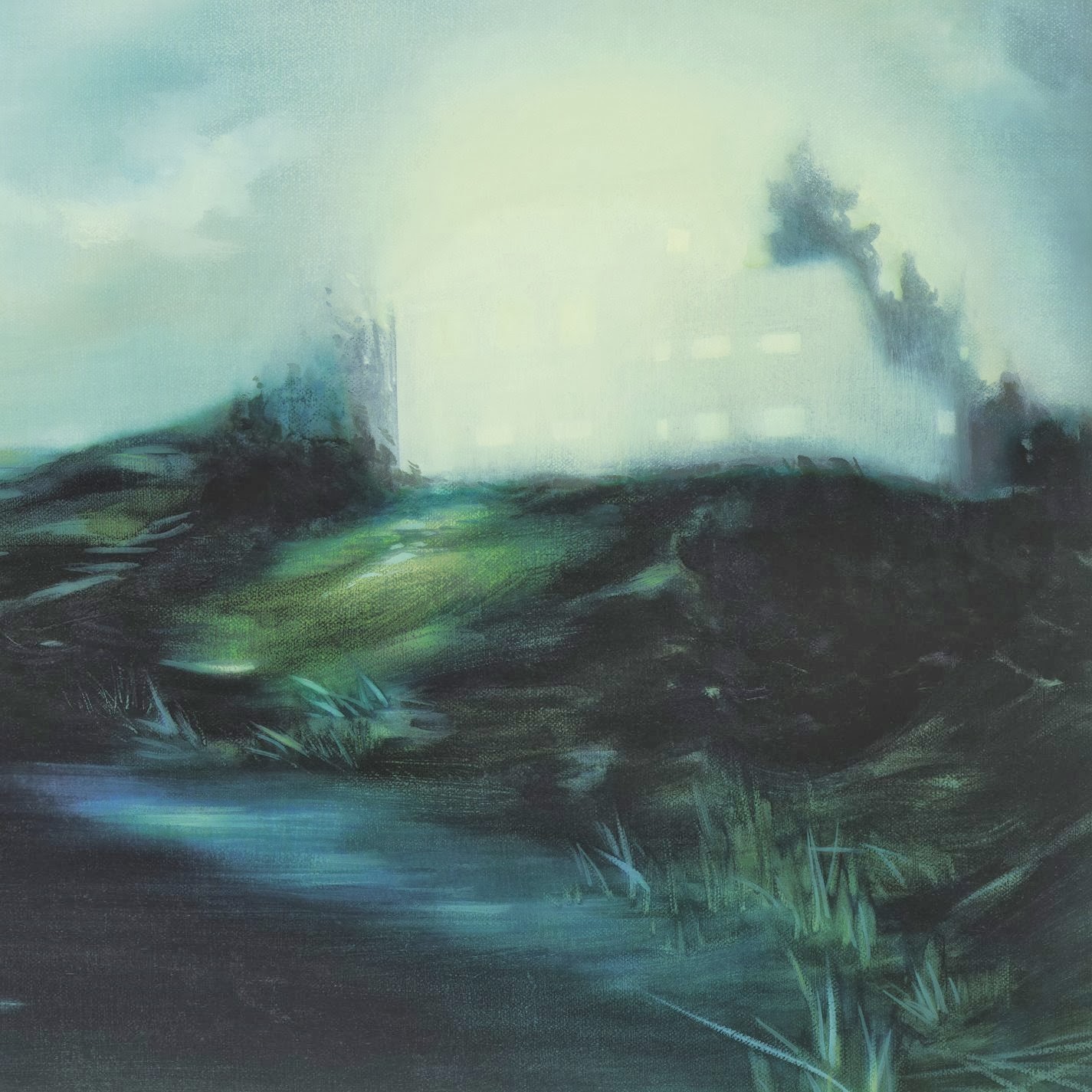 2. The Besnard Lakes – Until in Excess, Imperceptible UFO
The Besnard Lakes make classic/psych-rock that is big and hairy, but also friendly. Their albums are massive sonic hugs full of glowing vintage tones, swirling strings, skyscraping melodies and kick-ass guitar solos (see '46 Satires' and 'Colour Yr Lights In'). All of their albums thus far have been great, but Until in Excess is particularly magnificent – beautifully arranged and sequenced, with enough space amidst the epic rock bluster for the listener to breathe a contented sigh (see 'The Specter' and 'Catalina'). I'm absolutely gagging to see them live next time they come to Australia. 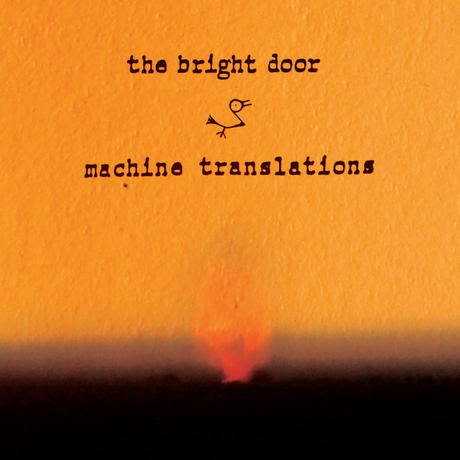 1. Machine Translations – The Bright Door
The eighth album from J. Walker has had a lengthy gestation period while he earned his crust making music for TV. There's something significant in this. While there are countless 'careerist' bands around the traps, touring endlessly and creating music with their livelihood in the back of their mind, it's reassuring to hear music that has taken time to brew until it's absolutely ready for consumption. The Bright Door is rich, sad, intricately layered and staggeringly lovely. The more aggressive songs have a droning timbre, their detuned guitars amassed in glorious chorus ('Perfect Crime', 'Water Met The Sky'), while the immersive ambience of the slower songs ('Cloudface', 'Applecore') is positively hypnotic. There are no mis-steps here, just beautiful, beautiful folk-rock of a complex hue. And there's 'Needles', my favourite song of the year. Perfect.