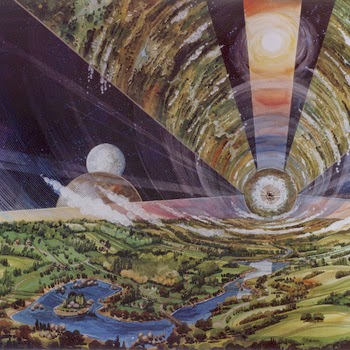 The internet is such a fucking blackhole. And when you make music with the primary purpose of trying to fill that blackhole, to reach people for the sake of being known, to try and grab attention and build a "career", you're likely to turn yourself inside-out in the process and become a monumental dick. Most of the time, anyway. Some people are built for being famous, being out there touring and being in front of people – the whole band-in-a-van and photoshoots and fashion spreads and blah. But then there are people who just make music in their own little corner of the world. Once it gets sucked out into the blackhole, you can sometimes tractor-beam it in if you've got the coordinates and have the time to familiarise yourself with that speck of detritus floating in the blackness of cyberspace. Or something.

Man Meets Bear is one such cosmic drifter, a guy called Soren Little Brothers. He sent me this album and it means something simply for the sake of it being a connection beyond the clawing-through-the-blackhole shitfight of internet music discovery. Thankfully it's right up my alley. It's lo-to-mid-fi psych-folk-rock-etc and it's got a craft and an intimacy and a melodic sensibility to it that really rewards the time I spend with it.

It pivots around a gorgeous piece of drifting psychedelia called 'Sun Goes Down', which basically sounds like how it feels to watch the sun go down. It's sad as the day is ending and the light is drawing in, but you feel safe as you can get close to someone, get warm, hunker down and slow your bloodflow and maybe have a cup of cocoa while you're at it. The music is little more than a delayed guitar and some field recordings and Soren's forlorn voice. The drummer starts to tap away at something for a while, then decides the song doesn't need drums, so he stops. (He's probably gone to warm up the milk for that cocoa we've been looking forward to.)

Either side of 'Sun Goes Down' the songs get noisier and hookier, but always muffled and intimate and mid-fi at best, arranged in an hour-long arc that rarely drags. When those lead guitar lines on 'Spores of His Mind' reach out, they really reach out amid the song's desolate shuffle. The lyric sounds like "You will leave me", until the line resolves on "all the way home" and you realise he's singing "You will lead me", which is much more hopeful – but also a bit sinister. I get that feeling of ambiguity, of feeling alternately embraced and smothered, by most of the songs here. Then occasionally he'll shift gear and blast through the fog with something like 'Northern Lights', which is shyly anthemic, like your geeky mate busting some dance moves and really nailing it for a couple of minutes before he starts getting self-conscious again.

Sometimes the folksiness approaches Bon Iver in terms of the cosmic backwoods vibe ('Buffalo Commons', 'My Fire'), thankfully minus Justin Vernon's signature vocal affectation, which everyone must be getting pretty tired of by now, surely. Soren can play a nice fingerpicked acoustic guitar without trying to heavy-lift people's souls with it. Guitar and keyboard textures wrap around the songs so they feel held, like cruising in a homemade spaceship with just enough insulation for re-entry. You'll know you're in space because it'll get a bit bleak and rickety for a while as the blackhole is trying to pull everything apart, but it will hold. Soren's a seasoned pilot. He knows which buttons to push. I'm guessing he knows his Yo La Tengo, his Sparklehorse – all the indie-rock constellations.

As home-spun as they may be, these Buffalo Comets race across the sky like furry stars. Watch them burn, listen close, let them go. It's more than enough for a while.
Posted by Tim Clarke at 17:24