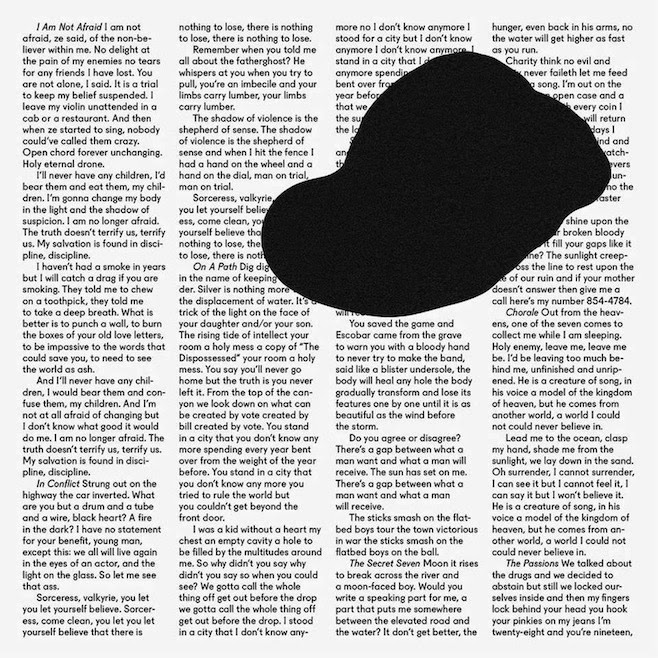 Although it's not much to look at, the cover of Owen Pallett's new album In Conflict is a telling reflection of the music's beguiling appeal. The four columns of text contain the lyrics from the songs on the first half of the album, but a cancerous blob of ink obscures a good portion of the words. Everything may be laid out in black and white, but part of it is deliberately obscured, frustrating any attempts to apprehend 'the big picture' and grasp its full meaning. Perhaps as a result, In Conflict holds me rapt. Its appeal is immediate, its beauty obvious, but its motivations and through-lines feel like they're just around the corner, dissolving into air or ducking into the shadows as you move thuggishly towards them.

Such a response feels appropriate when the music is this shamelessly sophisticated, this swooningly gorgeous. Having never heard Pallett before, I have no idea if this is his usual MO, but initial spins of In Conflict make it abundantly clear he's a master at this stuff: melodies move in delicate arcs, lovingly coloured with brass and strings, his soft, supple voice reaching and harmonising with itself. Tracks flow together like water and the arrangements feel like natural, billowing things – part of the songs' DNA rather than a later addition to make the music sound more epic and emotive.

From opener 'I Am Not Afraid' through to awesome single 'The Riverbed', I simply can't fault this record. That's about 40 minutes of beautiful, orchestral pop music, with 'The Secret Seven' and 'Chorale' its delirious apex. If I was nitpicking, I'd say that after the heady rush of 'The Riverbed', the final three tracks feel like too much – the wafer-thin mints that bust the gut after a hearty, satisfying meal. Ultimately, though, this is music that leaves me clawing for superlatives and eager to experience more of Pallett's music.