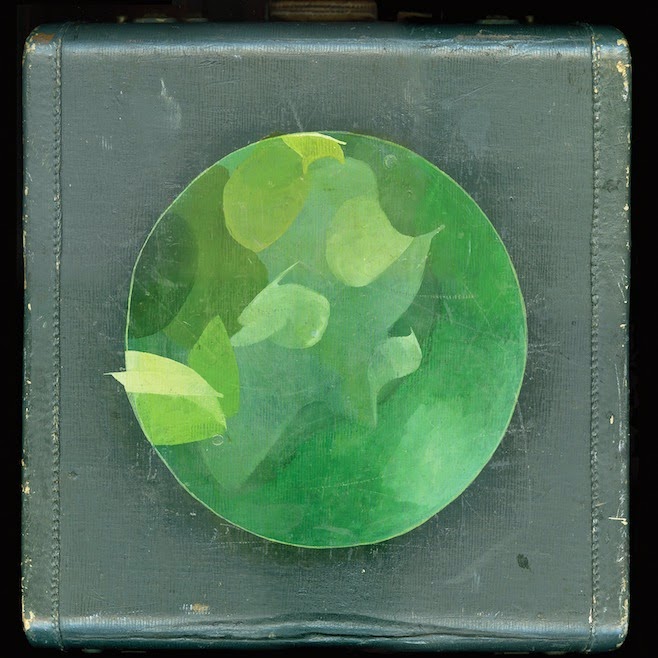 When Circulatory System's second album Signal Morning finally arrived in 2009, there was no way it could live up to the expectations I had built up during the eight-year wait for a follow-up to their self-titled debut, which is easily one of my favourite albums of all time. (I gave it another listen yesterday, and it still sounds absolutely incredible.) Where Circulatory System was rich, vivid and immaculately realised, Signal Morning felt scrappy and cobbled together, blasted through with fuzz and battered by the attack of twin drum kits. Although intermittently brilliant, Signal Morning was a massive disappointment compared to their debut.

With a comparatively short wait of five years since Signal Morning, it's great to have a new Circulatory System album. However, Mosaics Within Mosaics essentially comprises an hour of Will Cullen Hart's home demos later embellished by his bandmates. It sounds lo-fi, minimal and underdeveloped compared to their earlier work, including that of Hart's previous band Olivia Tremor Control. (The two tracks shared by the band prior to the album's release – 'If You Think About It Now' and 'Stars and Molecules' – are probably the most full-sounding, comparable to some of the songs on Signal Morning.)

When the bigger picture is taken into account – Hart's diagnosis with multiple sclerosis several years ago, and the tragic death of his OTC songwriting partner Bill Doss – the frail, forlorn sound of Mosaics Within Mosaics begins to make sense. While there were plenty of sad, reflective songs on Circulatory System, they were also densely orchestrated and swirling, the melancholy counterbalanced by impossibly kaleidoscopic multitracking. Here, with most songs left relatively naked, the eerie atmosphere of Hart's songwriting sounds incredibly fragile. I find it hard to discern whether this effect is intentional, or that the band has simply done the best they can with Hart's home recordings without dampening the feel of the original off-the-cuff performances.

As a result of the consistently skeletal nature of these song fragments, the overall sound of the album certainly feels considered, its tonal palette muted and washed out. And, with repeat listens, certain chord changes or melodies snag on my brain, harking back to previous Circulatory System tracks. However, it feels more like a starting point than a finished work of art; a sketch rather than an oil painting. Opener 'Physical Mirage/Visible Magic' is typical in this regard, its scuffed groove barely hanging around long enough for the listener to enjoy before the song dissolves and heads in another direction. Contrarily, the pieces that feel the most satisfying are the intermediary sound sketches ('Mosaics', akin to the 'Animation' pieces on OTC's Black Foliage). At four-and-a-half minutes, 'Mosaic #1' is by far the longest track here, its sustained drone deep enough to lose yourself in. Later in the album, 'Mosaic #4' has an almost industrial feel to it, an uneasy ambience that really pricks up my ears.

In a rare recent interview, Hart likened his creative process to that of Frank Zappa, who recorded obsessively and cobbled together albums from recordings that may have spanned years – decades, even. If Mosaics Within Mosaics comprises songs recorded years apart, the band has done an excellent job of constructing a flowing suite out of Hart's home experiments. Even then, it still feels frustratingly unfinished. If this can be attributed to exhaustion arising from Hart's multiple sclerosis, that's sad but inevitable. If it's an aesthetic decision, that's sad, too, but far less tragic – it just means Circulatory System are moving in a direction that holds less interest for me. Who knows? Signal Morning certainly took plenty of listens to appreciate, so maybe this one will come into focus down the track. For now, its ramshackle nature is proving too loose and distant to fully engage me.
Posted by Tim Clarke at 21:43