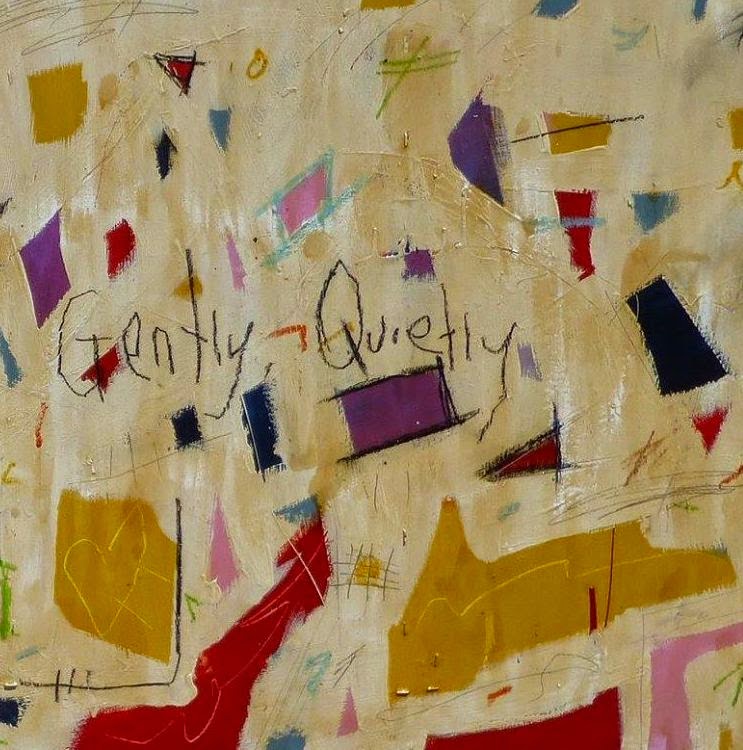 I like music that is simultaneously big and small. Both vast and intimate. Large enough to lose yourself in but human-sized, too. Sam Atkin's Gently, Quietly is such music.

It's skewed in such a way that my ears discern some sense of perspective, a feeling of momentum, without being able to predict where it's going to end up. I'm ushered along by streaming synths, vague rhythms like heartbeats, droning half-melodies and twinkling piano lines that break my heart. I follow where it leads because it's strange and beautiful.

I approach this music feeling immediately at home, though I don't know if I've heard anything exactly like it. Too uneasy and melancholy for 'New Age', too clean and radiant to be 'lo-fi', too lovingly mapped out and oddly accessible to be 'experimental'.

The best way to put it is that I can hear Atkin making the music while it's playing, right there within the music, responding to what's just happened, fiddling with filters or cooing into a pitchshifter. During the second half of 'Grove/Grown' he decides to pick up an acoustic guitar and strum a few open-ended chords and it sounds new, for fuck's sake. When was the last time anyone did that with an acoustic guitar? He even manages to use field recordings of flowing water and birdsong without upsetting the applecart. It all feels just right to me, without being predictable or cheesy.

Music this understated yet so deeply affecting is a rare thing. Go and listen and download over at Bandcamp.
Posted by Tim Clarke at 18:53