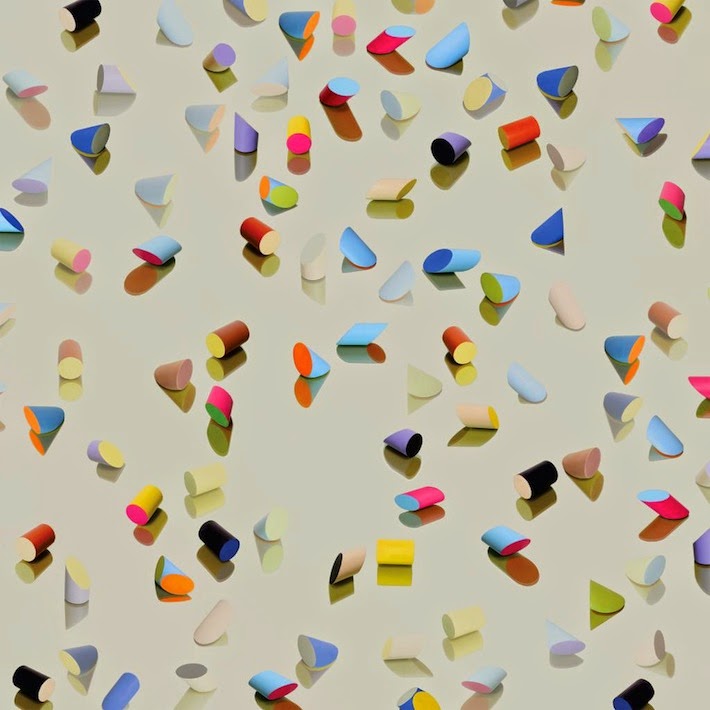 When Escape From Evil was posted on NPR's First Listen a week ahead of its release, I couldn't get into it at all. I love Lower Dens' previous albums Twin Hand Movement (2010) and Nootropics (2012), so to find myself disappointed with this long-awaited third album was frustrating. My reaction was similar to when I first heard Wild Beasts' Present Tense – what the fuck is it with bands I love suddenly employing 80s synth sounds and production?! Thankfully there was a lot to enjoy about Present Tense once I got past my objection to the synths – and there's a lot to enjoy about Escape From Evil, too.

Now the album's out and I've had the chance to live with it for a week, the over-riding impression is that Lower Dens have learned how to successfully adapt their sound yet again (the change-up from Twin Hand Movement to Nootropics was, in itself, pretty striking). Following the departure of guitarist Will Adams and miserable sessions working on new songs, Jana Hunter sought a new direction that favoured immediacy, clarity and emotional directness. The best way to understand this evolution in sound is to compare the version of 'Non Grata' that appears here with the version that appeared on a split 7" with Horse Lords released back in 2013. The earlier version has a similarly icy aesthetic to Nootropics, betraying a clear debt to Kraftwerk; the new version on Escape From Evil introduces buoyant layers of instrumental counterpoint, edging it more towards the lurid synth-pop of the 80s. It's certainly the track on the album I found it hardest to warm to, despite the fact it's superficially catchy.

While Nootropics was stark and initially forbidding, these new songs are bright and muscular. This is partly thanks to production help from Chris Coady, Ariel Rechtshaid and John Congleton – which brings the synths to the fore and makes the rhythm section really pop – and partly down to some striking guitar work from both Hunter and new member Walker Teret (Arbouretum, Cass McCombs). At the heart of it all is Hunter's smoky voice, as alluring as ever, but intoning what are, for the most part, some pretty lacklustre lyrics, such as this clanger from 'Electric Current': "I only want to dance with you, all night, on the street". What rescues it all from becoming a shallow, neon nightmare is the conviction of the execution and Hunter's sharp songwriting instincts.


First single 'To Die In L.A.' is, inevitably, one of the peppier cuts, but the aforementioned 'Non Grata', the galloping 'Company', with features a seasick, serpentine guitar solo, and stunning closer 'Société Anonyme' are just as upbeat – the latter akin to The Smiths, with nimble guitar lines worthy of Johnny Marr. Gorgeous second single 'Ondine' is an early highlight, while 'Your Heart Still Beating' introduces some steamy breathing space into the middle of the set. The closest this album gets to the Lower Dens of old is probably the morose torch song 'I Am The Earth' and opener 'Sucker's Shangri-La', with its prominent, echoing guitars.

Ultimately, though, I feel ambivalent about this release. It's easy to be cynical about the band's new direction when you think of the recent success of fellow Baltimore bands Future Islands and Beach House. If this album wasn't by Lower Dens, would I spend as much time with it, testing my aversion to 80s production? I think what keeps me intrigued is Hunter's vision: a balance between the stark and the flushed; between distance and intimacy; between the affected and the guileless. I'm conflicted, which is part of what keeps me coming back for more.
Posted by Tim Clarke at 20:24