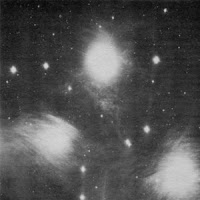 Grouper, Alien Observer (Yellowelectric)
I put my headphones on this morning and immediately immersed my entire being in Grouper's magical Alien Observer. I wasn't a massive fan of Dragging A Dead Deer Up A Hill (Type), but this one's spectacularly good. It's simultaneously really dense and feather-light. The multi-tracked vocals are really eerie. It can make you imagine there's someone behind you calling your name, which is a bit unsettling when you're trying to work. It's really good all the way through and I tend to listen to it a whole lot more often than its companion album Dream Loss. There's an eerie video to the title track featuring blood, smoke and lesbian snogging:


Soundcloud
Seeing as my Internet connection is slow, I favour Soundcloud for sampling tracks to see if I might like albums by particular artists. (If I try listening to stuff on YouTube I'm plagued by buffering.) Seeing as I enjoyed Grouper, this sent me exploring related releases by Mirrorring and Tiny Vipers, then on to Moonface, The Cribs and Orcas. All of them were pretty good. I'm especially intrigued by Mirrorring and Orcas, so will probably grab some of their stuff off eMusic when my monthly subscription renews in a couple of days. (Incidentally, you can get Alien Observer on eMusic for under $3, which is ridiculous.) 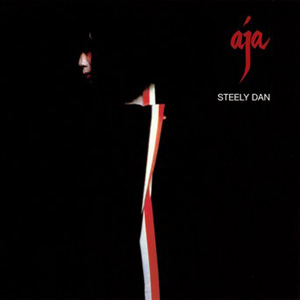 Steely Dan, Aja (ABC)
I began my afternoon with little Holly by spinning some piano music on the lounge stereo because Holly seems to like that stuff. However, Sophie Hutching's Becalmed (Preservation) is pretty maudlin, so I quickly switched tack and stuck on Steely Dan's Aja. It got Holly dancing and I drooled over the classic Dan songwriting smarts and production, as usual. Who doesn't love 'Peg'?! This reminded me that I should revisit the Classic Albums episode on Aja, which is probably the best I've seen. Plus, there are plenty of other Dan albums that I've yet to explore in depth. Back catalogue, here I come.

Simon Scott, Navigare (Miasmah)
There's a new Simon Scott album out soon on the excellent 12k label, plus I've queued up a download of Bunny once my eMusic subscription renews, so I decided to revisit Navigare on headphones, in bed. I'd given up on reading The Incomplete Tim Key again as it just made me snort with laughter, so decided to immerse myself in some ambient droney stuff instead. It's cool. Not the best of its kind, but worth a spin if comedy poems are too stimulating at a late hour.
Posted by Tim Clarke at 21:40