Friday is my music day, the day I have lots of time to spin tunes, whether driving to and from work, or at work (I work part-time at a music studio).

Ex Confusion – Embrace (n5MD)
The second of the three review CDs I received this week turned out to be glorious, immersive ambient-drone from Japan, with a couple of glowing piano miniatures interspersed here and there. I requested the album because it's released on n5MD, and most of their stuff is really good. No idea what instrument is creating most of the tones, but it sounds pretty amazing. Probably a guitar and a shitload of pedals and processing. Reminds me of Auburn Lull minus the vocals and drums. I listened to this on the way to work and loved the way it coloured the afternoon air. Looking forward to getting stuck in on headphones.

Wizards of Time – Will the Soft Curse Plague On? (Hidden Shoal)
This has been one of my favourite albums for months now. So excited to be releasing it on Hidden Shoal. 'Little's Jingle' won Single Of The Week in Melbourne's Beat this week, so I felt like celebrating by listening to the whole album, loud, soon after arriving at work. Still sounds amazing after 50 spins or more.

Tim Hecker – Harmony In Ultraviolet (Kranky)
This is still my favourite Tim Hecker album, probably because it was the first one I heard. I decided to blast it in the studio shop after a Green Day cover band arrived and played really loud in one of the studios nearest the shop. I simply couldn't compete by playing rock music on an iPod dock, so I shifted emphasis and filled in all the gaps around the sound of a rock band as only Tim Hecker can. It sounded very different than how I remember, but then I don't often listen to it at the same time as a Green Day cover band. Thankfully. It prompted a lot of strange looks when musos came into the shop to buy a beer or rent an amp, as though the stereo was broken. No, a Green Day covers band is broken; this is perfect.

SBTRKT – SBTRKT (Young Turks)
Yep, still enjoying the first half of this one hell of a lot. 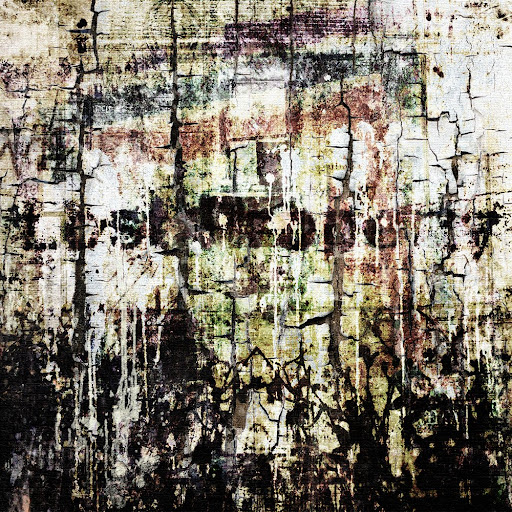 Kingbastard – Lost Property (Herb Recordings)
Well, this is unheard of: I like all three of the review CDs I've received this week. Kingbastard has mustered quite an epic and complex album with his latest, Lost Property. I span it once in the shop, then again on the drive home. There's some beautifully considered soundscaping going on here, very intimate and moving. The chord changes have a disarming grace, punctuated by passages of rhythmic momentum. There's even a bluesy lo-fi number thrown in there. It definitely sounds like a labour of love for its creator, Chris Weeks. The intricate handmade sleeve is pretty spectacular, too. Looking forward to spending more time with this one.